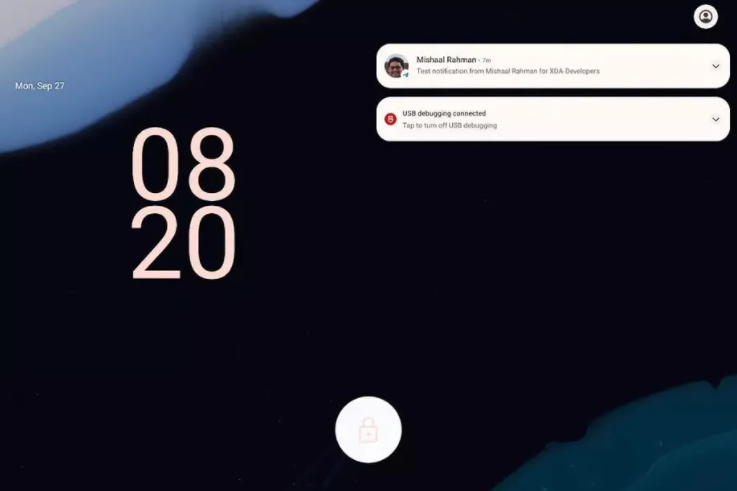 Big foldable-focused improvements are on the way for Android, if leaked code analyzed by XDA Developers is to be believed. Previous reports have suggested that this year’s Android 12 is going to be followed by a minor revision, which is expected to be called Android 12.1 based on previous naming conventions.

XDA’s analysis suggests this update may deliver a host of improvements for how the operating system handles large foldable-sized screens, including offering a better split-screen UI, a lockscreen that makes better use of horizontal space, and a new taskbar that makes it easier to use multiple apps at once. They’re helpful additions that should reduce the need for manufacturers like Samsung to build their own foldable-focused UI improvements on top of Android for their own devices.

As XDA’s analysis notes, most of the improvements relate to how the operating system makes better use of more horizontal screen real estate. For example, it allows the Quick Settings and notifications panels to be displayed simultaneously side-by-side (rather than one-at-a-time), while the lock screen can now be split to show the clock on one side and notifications on the other. When it comes time to enter a PIN or password, this can now be placed on the left or right of the display (rather than centered) to allow it to be entered with one hand on a foldable.

Other non-foldable focused enhancements include being able to tweak the amount of time you have to hold the power button to activate the Google Assistant, and making it easier for manufacturers other than Google to match their system colors to Android 12’s lockscreen.

Google is yet to officially announce anything resembling Android 12.1, nor has it even released Android 12 to the general public. That means the features detailed by XDA Developers could change a lot before they’re released, if they’re ever released at all. But combined with the persistent rumors about Google releasing a foldable phone this year, it’s looking increasingly likely that we’ll see some of these features arrive sooner rather than later. Be sure to check out the full list of changes over on XDA Developers.

Pressure Washer Buying Guide: Everything You Need to Know

Best Ways to Subscribe to Newsletter and Have Tidy Inbox

What you Should Expect from the Huawei Monster Eyewear II?

Pressure Washer Buying Guide: Everything You Need to Know

Everything You’ll Need to Know About The Huawei Display 23.8”

What you Should Expect from the Huawei Monster Eyewear II?